Skip to content
HomeZheng He and the Chinese Treasure Fleet 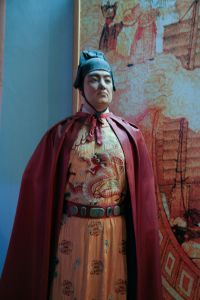 Explorers latest episode takes a look at the legendary Chinese Treasure Fleet – and the man who commanded the fleet, Zheng He – which sailed the waters of southern Asia in the early 15th century. The Treasure Fleet consisted of hundreds of vessels – some more than 400 feet long. Over the course of about 30 years, the fleet would sail to Vietnam, Siam, Sumatra, Java, Borneo, the Spice Islands, Ceylon, India, Arabia and east Africa. It was an amazing tale – all made possible by Zheng He – a muslim eunuch was critical to the success of Ming Dynasty. 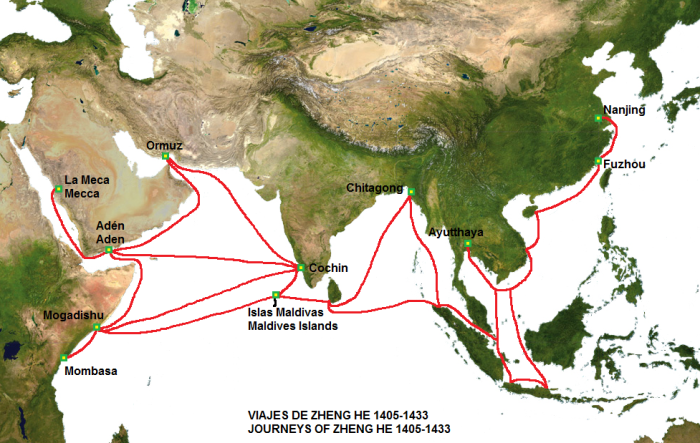 The two best books on Zheng He and the Treasure Fleet that I found (in English) were Zheng He: China and the Oceans in the Early Ming Dynasty, 1405-1433 by Edward L. Dreyer and When China Ruled the Seas: The Treasure Fleet of the Dragon Throne, 1405-1433 by Louise Levathes. Both offers excellent, in-depth looks at our subject matter.

Zheng He on Wikipedia is worth the read, as well as their article on the Treasure Voyages.

3 thoughts on “Zheng He and the Chinese Treasure Fleet”