Skip to content
HomePytheas and the Circumnavigation of Britain

Pytheas of Missalia conducted one of the first great voyages of discovery when he circumnavigated the island of Brian.

Pytheas and the Circumnavigation of Britain
In about 325 BCE, Pytheas of Missalia set out into the land of the Celts to find the legendary island of Britain. In the process, he would circumnavigate the island – and even (according to some) – discover Iceland. It is one of the first recorded great voyages of discovery. 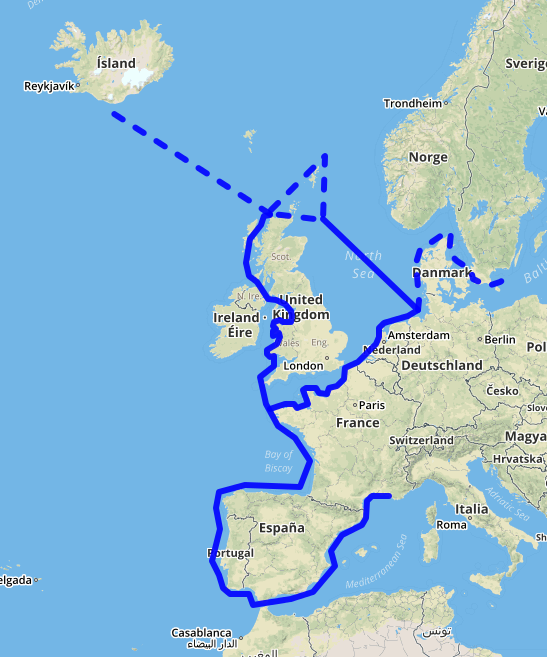 While there is not a lot of information about Pytheas available, here’s a list of a few of the better resources that I found.

All image courtesy of Wikipedia.

See a chronological list of explorers that the show has covered on this show.