In part 2 of our series on Francis Drake, we cover the three expeditions Drake led to the Caribbean.

The three voyages would make Drake one of the most hated men in the Spanish Empire – and a hero in England.

The final voyage will conclude with Drake’s daring attack on the Spanish Treasure Caravan as it crossed the isthmus of Panama. 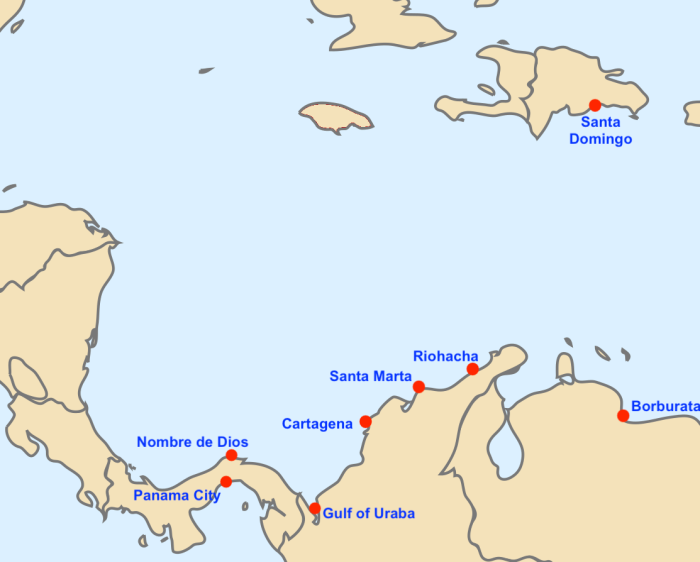